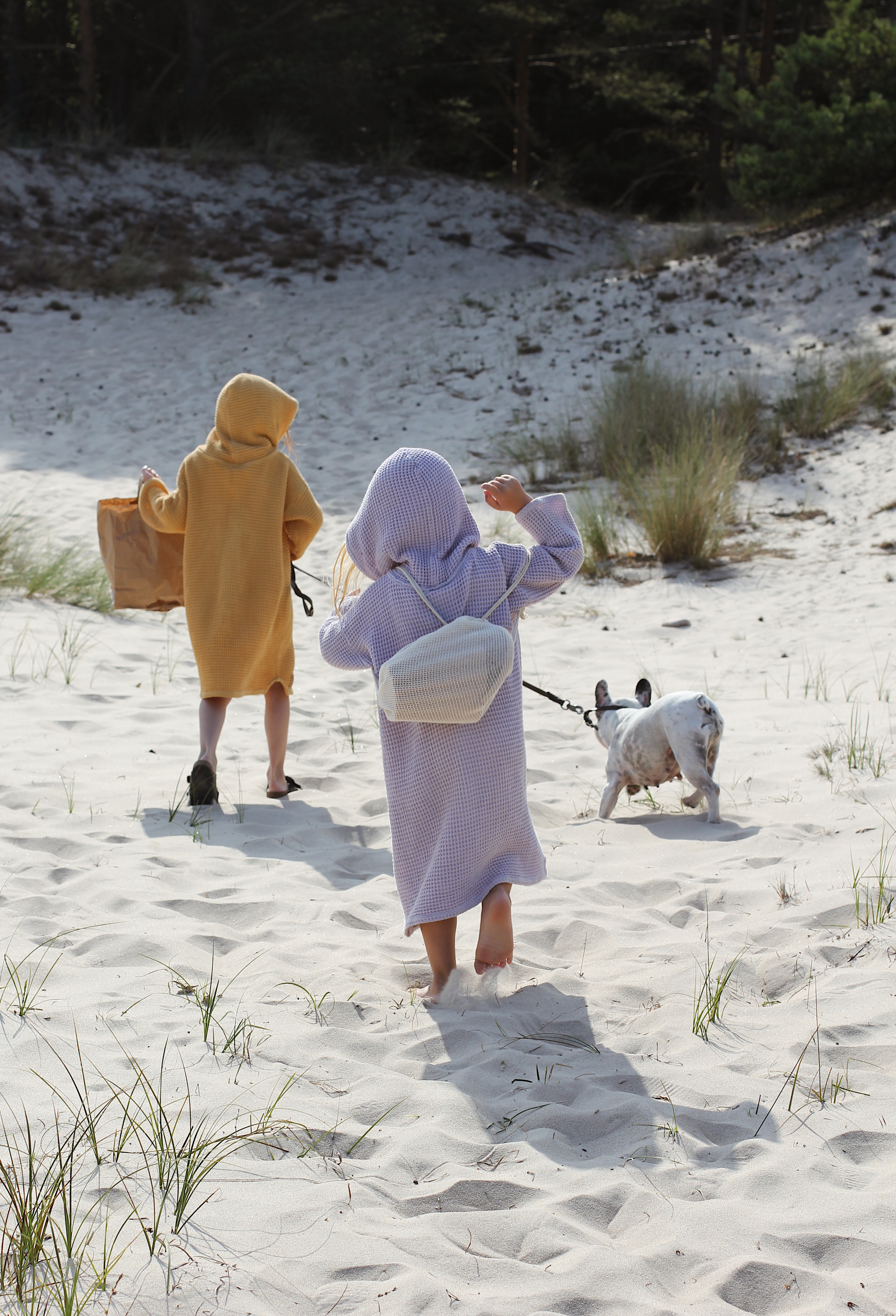 The Spell and Rebel family is just an ordinary or maybe unordinary family consisting of one mum ( me ) one dad, one tiny rebel named Ben LUCA Emmett and one slightly bigger rebel named Juni Lowa SPELL.

We are always looking for adventures. Mostly in the daily life but sometimes we go big and this time we are going on a 3 month trip to Asia.

The Spell and Rebel sleepingbag was invented when me and Juni was camping in the backyard this spring. She had a wish for a cozy sleepingbag and I was doing my best to avoid getting her one of those rustling bags that they sell in the outdoor stores. One soft Muslin cotton sleepingbag was starting to take place. But I wanted to do something more with it. What if the bag could be multi functional. Ben was playing around on the fabric when i was trying to take measurements, and then the other function was set. Its a playblanket/ sleepingbag.

The kaftan is an invention based on "the lack of space" we are going to face on our trip. I wanted to bring some beach garments for the kids. Something light, absorbing, and of course cool looking that they could run around with, without us parents constantly re attaching the robes. The kaftan was born and now Juni and Ben has one in each color because I cant decide which color we should bring on the trip.

So as you might have guessed, or maybe not.. The Spell and Rebel business just happened somewhere between the small adventure of camping in the backyard and the big dream about going to Asia.

I created stuff for my kids that I liked and wanted and suddenly other people like you guys started to ask about those items. I got a HUGE confidence boost and before I even realized what I was up to, I had a company name and costumers buying my creations.

What a DREAM coming true!